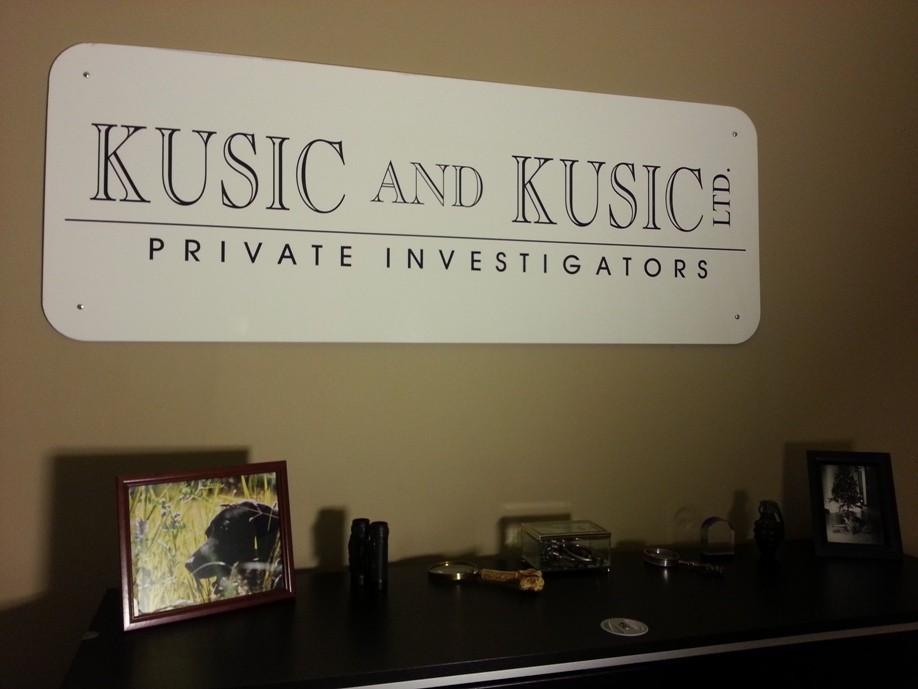 As the world turns…March 1994: The Loch Ness Monster photo is confirmed to be a hoax. Silvio Berlusconi wins the Italian general election. The 66th Academy Awards has Schindler’s List winning 7 Oscars. Tonya Harding pleads guilty for her attack on figure skater, Nancy Kerrigan. The Church of England ordains its first female priests. Kusic and Kusic is incorporated as a private investigation firm…and the world turns.

My wife, Ilona, and myself, Mark Kusic, were ready to take on the world.

First up, medical insurance fraud – surveillance and video required. Only problem being, the subject was a ballet instructor. She needed to be filmed while giving a class. Enter my partner, Ilona, and my homemade covert camera bag consisting of a Sony 8mm camera attached to a thick piece of plywood which made up the base of the gym bag, a covert hole for filming, and the rest is history.

I had my first of many (still continuing) “Aha!” moments. If I was to continue to do this, I found that I would need some help from time to time.

What better way to take on new employees in a family-run business than to make use of the family members themselves. In our case, it was my twelve-year-old son and ten-year-old daughter.

As the years progressed, we took on more employees (non-family). When my son reached the age of nineteen, he became a licensed investigator. My daughter worked in the office which then helped her gain a successful position in human resources. In fact, through her help, her employer became a client of ours.

My son graduated from university and is now moving on to medical school. Upon becoming a doctor, he will be perhaps Canada’s only licensed medical doctor and private investigator.

My indebtedness to my employees and clients is never-ending.

First, my family – wouldn’t be here without you, Mr. Magic (yes, we all have nicknames), our second general manager after my son. Mr. Magic now has a successful career back east. He laid the framework of our growing business and opened the gateway for new technology and teaching an old dog new tricks.

Our current GM, the Iceman, came via South Africa and started off working in the office and entertaining us with food-eating contests. He now captains a ship with many personnel, ever-changing technology, and has the patience of a saint. Not just a value-added employee, but a necessity at this firm.

The rest include: the Warden, the Lone Ranger, Mr. L, Ghost, the Cleaner, Mr. P, Risky Business, the Taxman, Hawkeye, the Scribe, the Precisionist, the Buyer, the Generator, Ace, Wings, Doc Adam, and the owners, the Governor and Mad Dog.

Twenty years…looking forward to the next twenty.