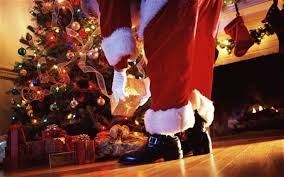 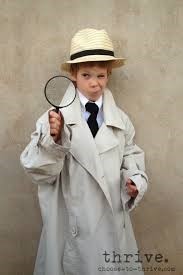 It was just another typical Monday morning at Kusic and Kusic Private Investigations in the City of Perpetual Rain. I arrived at the downtown office through wet and cold like slipping into the depths of Mordor. December 24th  9 am …somewhere hot coffee is brewing and the office  has the usual buzz and hustle of a busy PI firm on a Christmas Eve morning.  I grab a cup of hot joe and down it like it’s a survival elixir and after the customary “how ya doings?? and How’d the weekend go ??” and” you still married to that tramp ??”  I settle into my desk to do my job…. I’m a Private Investigator. My name’s Stone…Jack Stone and this a story.

As I’m browsing the 200 plus emails backed up from the weekend and surfing the “how to get rich playing Bingo with Tom Vu” site I hear that dreadful chime of a new email coming in.  I open the server….and there it is… its another assignment file.  The client is well known to me and keeps the Firm in pancakes and butter but something in me said this one was going to be different.  It’s like that feeling you get before walking into a dark room full of bear traps…. I open the assignment and sure enough the other shoe drops….. or maybe that was my car keys…I do that a lot these days.  It seems this time the client has got a surveillance job for us…. I read the intake. “Santa Clause aka Chris Kringle, Ol’ St. Nick, Father Christmas etc., Caucasian male between 500 and 1000 years old, last known address North Pole, height and weight uncertain. Claims to be able to work only one day out of the year.”

Of all the crummy assignments at all the crummy times in this step sister ugly business why did this one have to fall into my lap? I look over at my long time partner Joe Slugg and somehow he knows…. We ain’t going for ice-cream Sundays.

After about an hour of our top notch cyber surveillance on the Old Guy we come up with a plan to do some field work downtown near the public mall where there had been some indication of sightings of our man in red.  I slip into the car with Joe and start the drive to our first surveillance spot.  I look over at my Partner and he looks as down as a three-legged rescue dog at the SPCA.  “what’s up Joe?..whats wrong?” I ask.  “Nothing Jack, you know…I guess it just the time of year…this case…I don’t know…it just don’t seem right.” Joe says.  “What’s right got to do with it …it’s a file Joe” I reply   “ya I know but this guy…. this Santa Clause …I remember this guy. He was someone special to me when I was a kid.”  Joe then goes on to tell me his entire boring childhood history growing up on the Plains of Saskatchewan and how the only thing that kept him from running away to the circus with his twin sister Peggy and pet pig “Jeffery” was knowing at least once a year he’d be visited by the Jolly Fat Man.  “ Ya it just seems like this whole Christmas bashing has gone to far Jack…and now this…this file…I gotta tell ya Jack,  I’m ready to start drink’n  and popping again.” Joe cried  “ya know…it’s like they need to put ‘what’s his face’ back into Christmas.” He pleaded.  I’d known Joe for at least 20 years and we’d been through the tough times together… including his years of addiction popping Coca Cola and Mentos but I’d never seen him this down.  It got me to thinking about my own past and my memories of Christmas and that guy Santa.  Now there was a guy who always shone a light in my dark days of Childhood.  Just thinking about him now brought back that old tickle of joy right down to my guts.  I actually started to laugh. “ hey that thing with my pig and sister wasn’t meant to be funny Jack,” Joe complained  “ no, I was thinking of something else Joe…I was remembering Christmas…I was remembering Santa Clause.” I whispered.  Ya I thought. If he could do that for me how much joy did this guy bring to the rest of the world?  Who cares if he’s only doing it one day a year….it lasts the whole year.   I hit the brakes like a train at a washed out river bridge.  “we ain’t gonna do it Joe” I screamed  “ we ain’t taken down Clause!”  “what’d ya mean Jack” Joe replied in a shocked voice.  “ I said we ain’t going to do it. It just ain’t right.” I pleaded   “ ya I know but what about the file…the client? We’ll burn for this Jack” Joe cried   “calm down Joe! And stop that crying…we’ll come up with something”  I said as I spun the car around like Linda Blair’s head in the “Exorcist” and headed back to the office. Once back in I sat down at my desk and fired an email off to the Client

We respectfully must decline the work on this file. It has come to our knowledge…maybe more of a philosophical enlightening, that …while understandably unusual and rare …. there are things in this world that simply can not be explained. One such occasion is your subject… Santa Clause. We appreciate your concern over lack of time spent during the year on the job by Mr. Clause but we believe that the one day that he indeed does work produces enough joy and wonderment in the world to out do any modern-day manufacturing plant in production alone. It is also our belief that his spirit of good will has a universal value that can not be measured in days on the job.  Last, I must inform you that there is an inherent conflict of interest with our handling of this file as we know this man personally…he’s an old childhood friend. Please accept our return of file.

After I finished off the email and it was sent a warm glow of holiday cheer began to flow all over me like hot wax down my…woops, wrong story for that analogy …I hadn’t had this feeling in a long time…years in fact… I turned to  my long time partner…my friend  “Merry Christmas Buddy …a very Merry Christmas too you”  Joe just stared back at me in awe …and I knew …he was thinking about Jeffery, his sister and the circus.

Jack Weatherell (aka Jack Stone) is a single father of two perfect boys and lives in West Vancouver BC. Jack claims to be just a regular average mook with the good fortune to retain a job with Kusic and Kusic Investigations. There was a rumour that Mr.Weatherell lived, wrote, drank and fought with Hunter S. Thompson and some bikers in the Summer of 1989 outside of Aspen Colorado ….but that’s probably just a rumour.