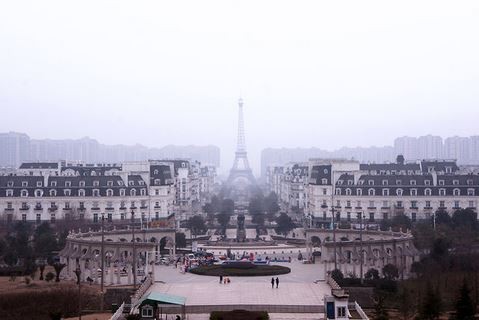 “China has been confirmed in its position as the world’s leading counterfeit superpower… from 2008 to 2010 almost 70 per cent of all counterfeits seized globally come from China.” —Mark Turnage, CEO of OpSec Security Group

From counterfeit companies to prehistoric fossils, if there is money to be made from piggy-backing on the branding efforts of others or cheating mother nature, there are some enterprising folks in China ready take advantage of a lucrative opportunity, as demonstrated by the following counterfeits:

Chinese counterfeiters have created a range of knockoff multinationals, such as 22 fake Apple stores and a chain of IKEA stores. Replica Apple stores are so similar to the actual stores that employees believe they are working for Apple.

China has been reportedly producing counterfeit rice. The rice is a concoction of potatoes and plastic. The mixture is formed to look like real rice. That’s where the similarity ends. The rice remains hard even after it’s cooked, a sure sign you have been sold counterfeit rice.

Another key difference is that unlike actual rice, ‘plastic rice’ is made from industrial synthetic resin that can be very dangerous to your health.

Another type of counterfeit rice has also emerged. The rice is real but it`s made from low-grade rice. Flavour is added to the rice to mimic the taste of the high-quality rice.

There is a range of recipes for making fake fossils. One way to make the fossils is to use the skeleton of bones from chicken or frogs.  Other ways include using a combination of plaster and rock or crushing actual fossils into a paste to mimic more profitable fossils.

The phony fossils are used to make money from the tourist trade or from selling the fossils on online marketplaces, such as eBay.

Eggs are an important part of millions of people’s breakfast routine. One way the Chinese are feeding this market is with their phony eggs.

The eggshells are made from calcium carbonate, paraffin wax and gypsum powder. The egg white is a mixture of sodium alginate and water with gelatin, benzoic acid and alum. The yolk is made of food color and calcium chloride. Sound yummy?

Counterfeit walnuts are being sold by vendors in China, especially since the price of walnuts has increased dramatically over the last 10 years.

Actual walnut shells are stuffed with cement and paper and glued together. The fakes are added to batches of real nuts.

Over the course of one year, the Senate Armed Services uncovered 1,800 cases of counterfeit parts being used in US military equipment.  Over 70 per cent of approximately one million parts came from China.

Some of the parts that were counterfeited include parts in the Navy’s helicopters and in C-130J cargo planes.

The following fakes–landmarks and European cities–are different from other products mentioned in this post because they are not trying to passed off as the real deal, instead they reflect the well-honed ability of the Chinese to create replicas.

The Windows of the World is a theme park in Shenzhen that is home to approximately 130 counterfeit landmarks.

Some of the landmarks include the Taj Mahal, Egyptian Pyramids, the Eiffel Tower, Angkor Wat, the Sydney Opera House, Disneyland and Niagara Falls.

Also in Shanghai, Holland Town houses knock-off architecture from the Netherlands including the Netherlands Maritime Museum, an Amsterdam department store and windmills.

What are some counterfeit items that are coming out of China that have attracted your attention?