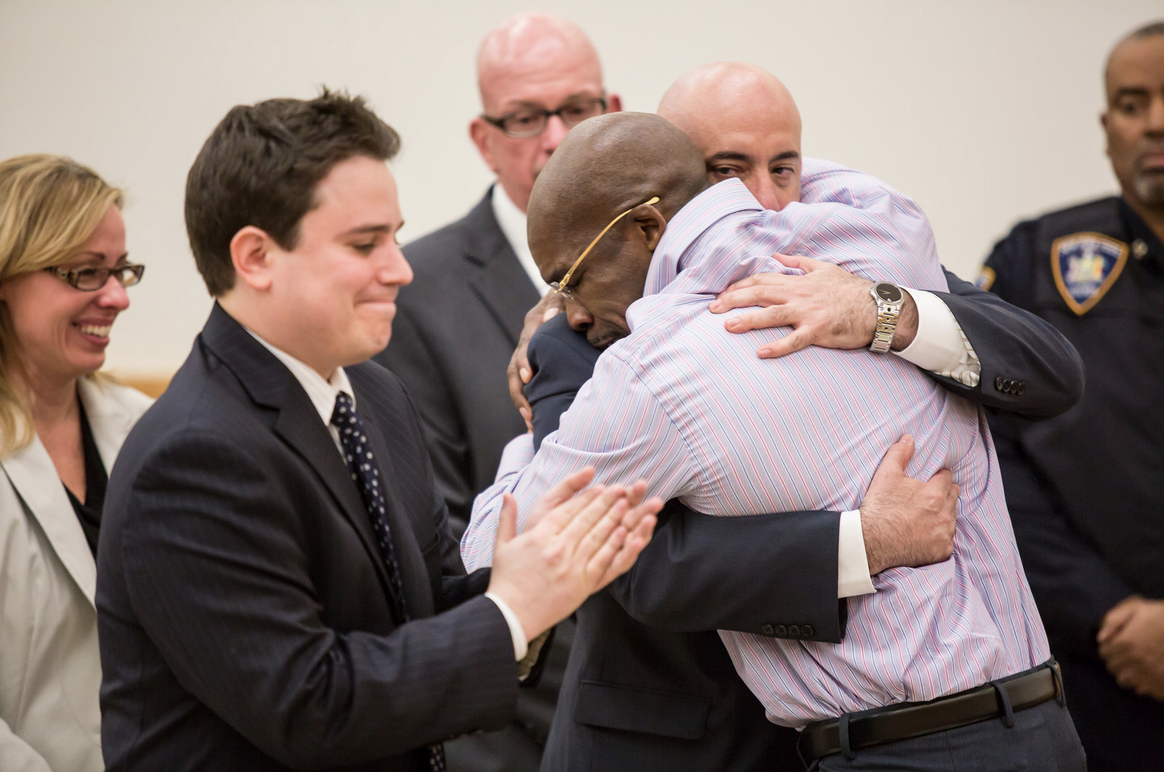 The Price We Pay for Wrongful Convictions

“It’s tough to put a value on those things… I’m not sure how you value one year in prison for a crime you didn’t commit, let alone 25.” –Taylor Koss, Jonathan Fleming’s (seen above) attorney.

Ivan Henry, a British Columbia man, spent 27 years in prison for 10 counts of sexual assault, a crime he didn’t commit. His wrongful conviction took an emotional toll on him and his family. His daughter turned to drugs and alcohol as a coping mechanism and died earlier this year from an overdose. Henry plans on suing the Province, federal government and City of Vancouver for damages.

The lives of the wrongfully accused can be completely derailed. They can never make up for the lost time with loved ones and they enter a world that’s dramatically different. The wrongfully accused often lack the skills to deals with those changes, which makes reintegration back into society, including finding meaningful employment and repairing relationships, tremendously difficult.

In another case, Jonathan Fleming was wrongfully convicted of murder and spent almost 25 years behind bars. He had $93 in savings when he was released. He found the world to be very different from when he was put in prison.  He didn’t have a permanent place to live nor did he know how to use a cell phone and he will never be able to get back the time he missed with family. Fleming received a $6.25 million settlement with New York City.

While the emotional burden and consequences of wrongful convictions are clear, matters involving financial compensation aren’t as straightforward. What factors should be considered when determining how much financial compensation, if any, the accused should receive? The question is even more important in countries with a higher percentage of those wrongfully accused, such as in the U.S. where the wrongful conviction rate is as high as 4.1 per cent.

The response to this question varies widely depending on the country and even individual states or provinces, as well as on a case-by-case basis.

Some of the factors considered are length of sentence, income prior to incarceration, maximum amounts allowed, and factors involving loss of liberty, familial relationship, reputation, physical and emotional pain and suffering, counselling required, as well as attorney fees.

When compensation is allowed, some provinces will restrict financial retribution for those cases where the convicted is found “factually innocent” meaning as a result of DNA evidence or when some else is convicted of the crime.

CNN published a breakdown of wrongful compensation statutes by states in the U.S. The list summarizes the statutes in terms of compensation and lists support services, such as employment training and counselling provided, as well as any restrictions place on compensation.

In California, the relevant statute sets a maximum of $100 per day of wrongful incarceration and states that the wrongfully convicted person must show he or she did not “contribute to the bringing about of his arrest or conviction for the crime with which he was charged” This prevents people that who falsely confessed or pled guilty from receiving compensation.

Florida sets compensation at $50,000 per year totally a maximum of $2 million. Support services provided include 120 hours of tuition and reimbursement for any fines or costs imposed at the time of sentencing. The wrongfully convicted must not have any prior felony convictions to be eligible for compensation.

Missouri pays $50 per day of confinement and restricts compensation to those who have been exonerated through DNA testing.

The United Kingdom allows for those wrongfully convicted to be paid compensation, but limits the amount of compensation to 500,000 pounds.

If a significant amount of incarcerated prisoners are wrongfully convicted and legislation allows for compensation, there is an obligation to prove the innocence of the falsely accused, but is there a financial one by governments? How costly would it be to adequately compensating innocent men and women?

Fortunately, there are strong initiatives in Canada and other countries to keep their help keep their governments accountable and give a voice to the least powerful members of society, the wrongfully accused.