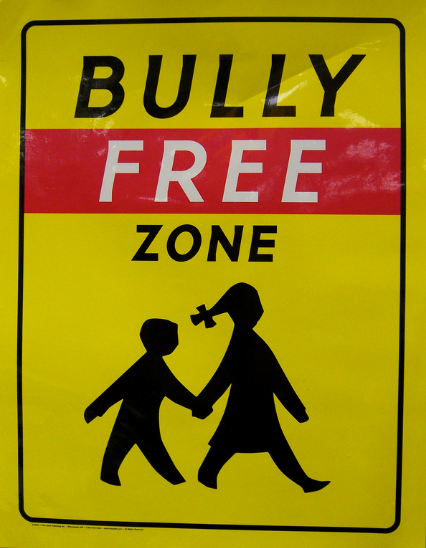 Stop the Bullying: Cyber-bullying and What to Do About It

The kids are finally back in school and along with the bumps, bruises and that impossibly mean math teacher our children face another challenge…. Cyber-bullying. With today’s technology and the ease and accessibility to which it can be used, a growing number of people, especially children have become victims of abuse. Cyber-bullying is a major concern in our school systems and parents, for the most part, are unaware of what it is and how to stop it.

What is Cyberbullying anyway? 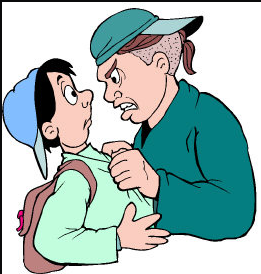 As defined by Wikipedia:
A frequently used definition of cyberbullying is “an aggressive, intentional act or behavior that is carried out by a group or an individual, using electronic forms of contact, repeatedly and over time against a victim who cannot easily defend him or herself.” There are many variations of the definition, such as the National Crime Prevention Council’s more specific definition: “the process of using the Internet, cell phones or other devices to send or post text or images intended to hurt or embarrass another person.”

Cyber-bullying is often similar to traditional bullying, with some notable distinctions. Victims of cyber-bullying may not know the identity of their bully, or why the bully is targeting them. The harassment can have wide-reaching effects on the victim, as the content used to harass the victim can be spread and shared easily among many people and often remains accessible for a long time after the initial incident.
The terms cyber-harassment and cyber-bullying are sometimes used synonymously, though some people use cyber-bullying specifically to refer to harassment among minors or in a school setting.
Who is most likely to get bullied on line and why?
There is a definite bias in who is being bullied and harassed online. Perhaps not surprisingly LGBTQ students report higher rates of cyber-bullying than cisgendered students. Non-white students are also more likely than white students to experience cyber-bullying.
But the biggest disparity is between genders – girls are 2.6 times more likely to be cyberbullied than boys, while women are 2 times more likely to be harassed online than men, and 53% of women report receiving unwanted sexually explicit images online. thenextweb.com/contributors/2017/10/04/how-dangerous-is-cyberbullying

So, what can we do?
Ironically, the older a child is the likely they will not notify an adult about Cyber-bullying. The most accepted course of acting to cyber-bullying is
1, don’t respond to the bullying. Responding to the emails or texts will only escalate the bullying and can in some cases result in violent reactions.
2. Block bully if possible. Because most cyberbullying happens over a social media site it can sometimes be as simple as using your sites built in blocking mechanisms to stop the harassment. There are also a variety of IT companies that can set your computer and devices with various filters which will block offensive material including bullying.
3. Keep evidence. If you are experiencing bullying be sure to save all emails and other messages so that if you have to move forward with the authorities you will have the evidence to verify the perpetrator
4. Tell parents, and or authorities. This is probably the most important step. You are not alone. You don’t have to be scared and there are others that can help you. Tell Someone!!

We are starting to see parents of cyberbullies being held responsible for the actions of their kids. Fines and sometimes even jail sentences are being handed out to parents whose children have bullied others and new legislation in the United States and Canada is on the books to help deal with the problem. An article in the Globe and Mail newspaper talks directly about the responsibilities of parents when it comes to cyber-bullying in Canada and the consequences they may face should they ignore the crimes their kids are committing. https://www.theglobeandmail.com/opinion/editorials/punished-for-being-a-parent-of-a-bully/article13939363/?arc404=true

At Kusic and Kusic Private Investigations, we have the ability to help those that feel they are being cyber-bullied. Through the use of cyber investigation, device inspection and cyber surveillance we can assist in putting a stop to the problem.
Kusic and Kusic Inc. has been in the Private Investigative industry for the last 23 years and provides top quality services confidentially to both private individuals and corporations. The views expressed in this posting do not necessarily reflect those of Kusic and Kusic Ltd.
Pictures courtesy of Flickr