In 2003, Dolly, a female sheep, was the first mammal that was successfully cloned. This resulted in questions concerning not just the ethics of cloning; people were concerned about the unforeseen consequences of this technology.

You already have some control over your baby’s traits. If you want a particular mini-me, you can time romps in the bedroom to improve chances of conceiving a baby of a certain gender and you can be prescreened for certain genetics traits that might effect your baby.

But by 2020, you could have a new level of control over your propagation–a made-to-order baby–like a car that’s manufactured to your specifications.

Instead of leather seats that warm up, you will be able to order a designer baby, customizing your baby’s gender, appearance, intelligence and personality.

The miracle of birth may be replaced with pre-determined outcomes. Babies may become more homogeneous as they become smarter, taller and better looking. People with certain traits tend to be more successful in life, making more money or attracting a more desirable mate. Competition with others to be successful will start in the womb.

Parents will also be able to opt for an artificial womb to avoid the stress of childbirth.

How could we hijack Mother Nature to fully exploit our natural resources and dictate how the environment responds to our exploitation? Geoengineering gives us the ability to do just that by, for one, spraying chemical aerosols into the atmosphere to bounce a fraction of sunlight back into space.

Trees are beneficial because they clean the air by removing harmful carbon dioxide. Humans are destroying forests at alarming rates.

In response, scientists are proposing that we pour huge amounts of iron into the ocean to grow algae blooms that consume carbon dioxide. Scientists also suggest planting artificial trees that use chemical reactions to absorb carbon dioxide.

This technology is problematic because manipulating the environment will have unforeseen consequences, often on a grand scale, such as massive dead zones in the ocean, monsoons, and serious threats to human life.

What if your private thoughts were no longer private? Five years ago, a helmet was created that allows the user to control a machine with their brain. It was mostly used to play video games.

Hackers were able to manipulate the game players were using to read their mind. They read the electronic signals that the brain-powered machines transmitted to allow access to subconscious thoughts, such as a player’s home and banking information. 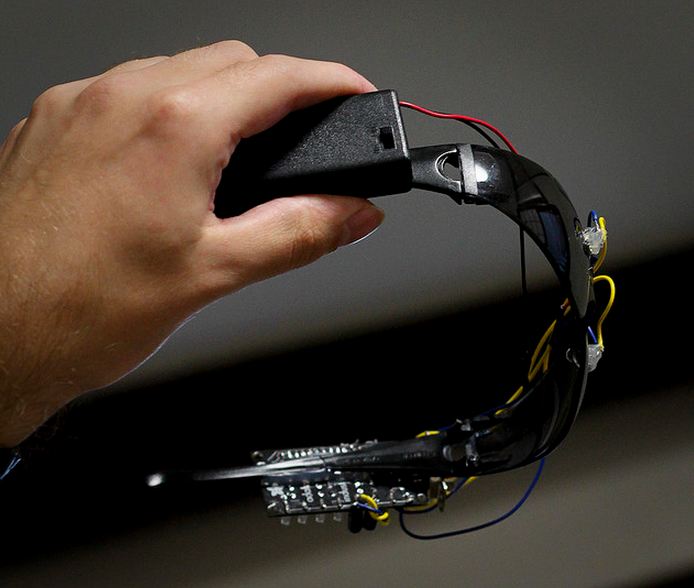 Mind-reading capabilities are basic, but as this technology becomes more sophisticated, we will be able to download brain activity onto the computer, upload skills needed for a job interview, tell if someone is guilty of committing a crime, and re-program a person’s brain with someone else’s brain.

In 2007, McAfee, an Internet security company, reported that about 120 countries have been developing methods of using the Internet as a weapon to target utilities, government computer systems and financial markets.

In 2013, James Comey, an FBI Director, predicted that cyberwarfare would soon become more prevalent than traditional international terrorism and be the largest threat to homeland security.

Cyberattacks will also be used against machines that use artificial intelligence to make decisions on which humans to kill.